On the morning of March 26, 2017, Vinasa Badminton Championship 2017 – The first season was organized by Vietnam Software and IT Services Association (VINASA) at Nghia Tan Middle School (No. 14 , To Hieu, Cau Giay Dist., Hanoi). 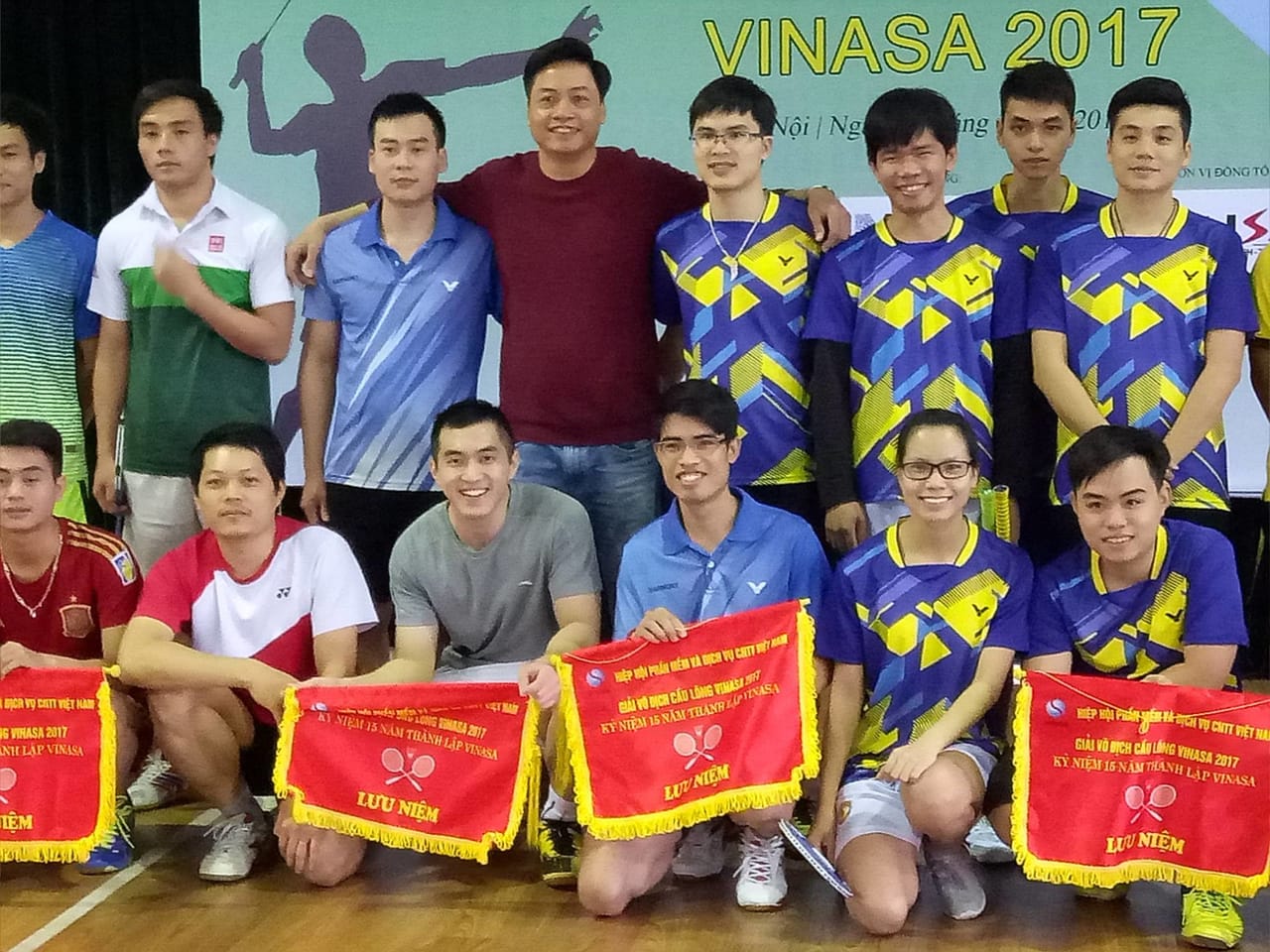 GMO-Z.com RunSystem and Misa were the two players in the final. The final game had extremely stressful and dramatic moments, anxious feelings. With the efforts and attempts with reasonable strategy, two representatives of GMO-Z.com RunSystem earned their team the trophy. 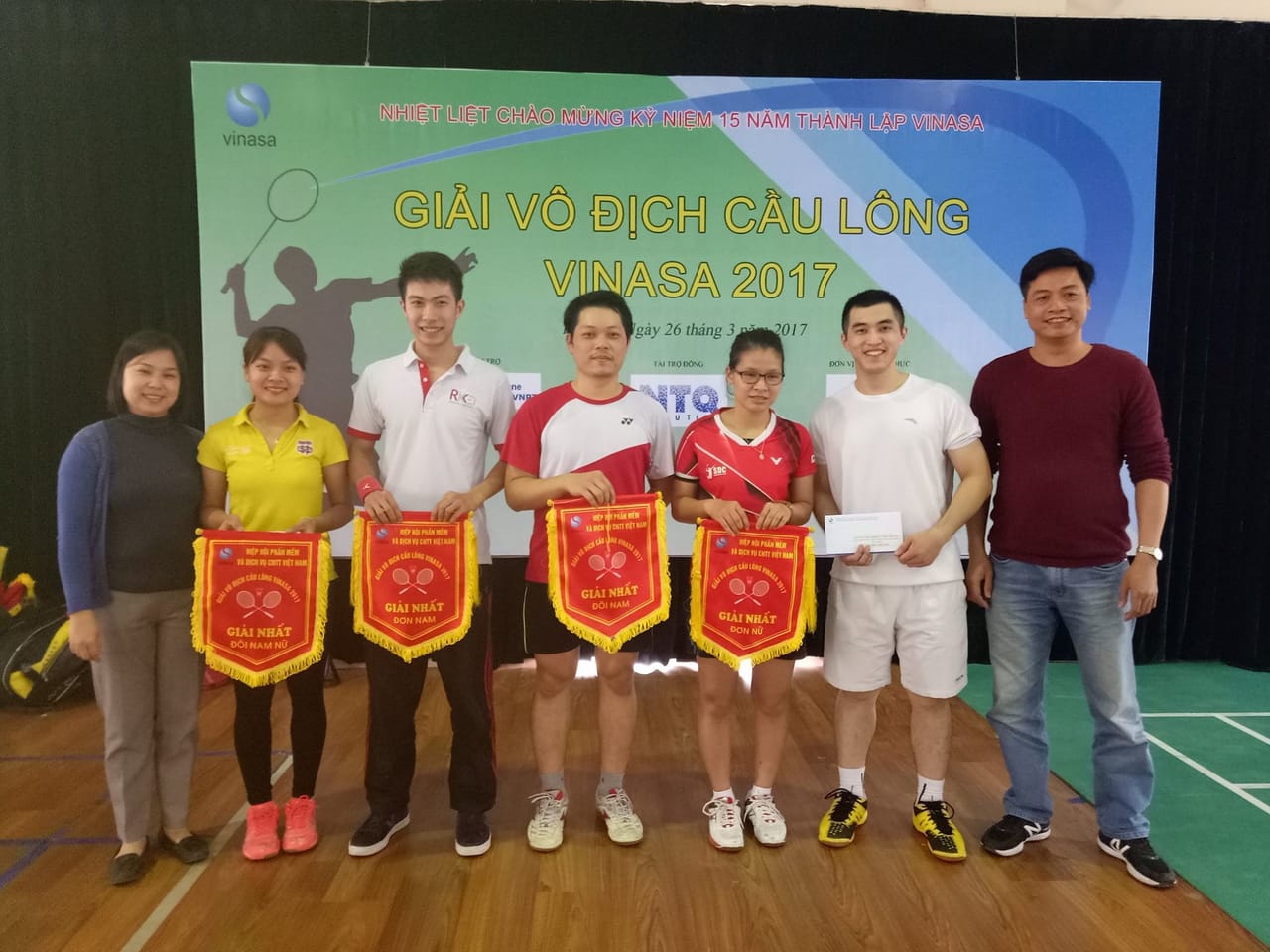 Representatives of the team to receive the first prize

Breaking in the joy of victory, Tran Tuan Dat shared: “I feel very happy, especially at the time we made a comeback after losing in the section 1 and even was led for over half of section 2. Then we adjusted our tactics and encouraged each other, and fortunately, those efforts paid off. I hope that in the following seasons, we can bring the glory to the company in more content, so that GMO becomes No.1.”

Badminton tournament organized by VINASA was not only a chance for sports lovers in general and badminton in particular to express themselves but also a source of motivation for sports movement, strengthening the physical strength of the Members of the organization, was an opportunity for companies to exchange, build friendly relations and develop together.