On 24/08/2017, Z.com RUNSYSTEM GM was honored to be recognized by the DAS-UK Certification Organization for meeting the conditions for conversion and re-certification of ISO 9001: 2015, maintaining the ISO 27001 standard. : 2013 in the organization on the production, outsourcing and IT services.

Since its first ISO 9001: 2008 accreditation on May 4, 2012 and recognized as ISO 27001: 2005 on February 20, 2014, in the field of “manufacturing and outsourcing software “GMO Z.com RUNSYSTEM has continuously maintained and continually improved its QMS and ISMS system to be better and more efficient, and the scope has been expanded. Previously only applied and evaluated on the production and outsourcing area, now the company has expanded the scope of IT services (domain name registration, hosting, emal server, cloud server and SSL digital signature).

The re-certification of ISO 9001: 2015 certification and ISO 27001: 2013 certification help GMO Z.com RUNSYSTEM increasingly assert its position in the domestic and foreign markets. 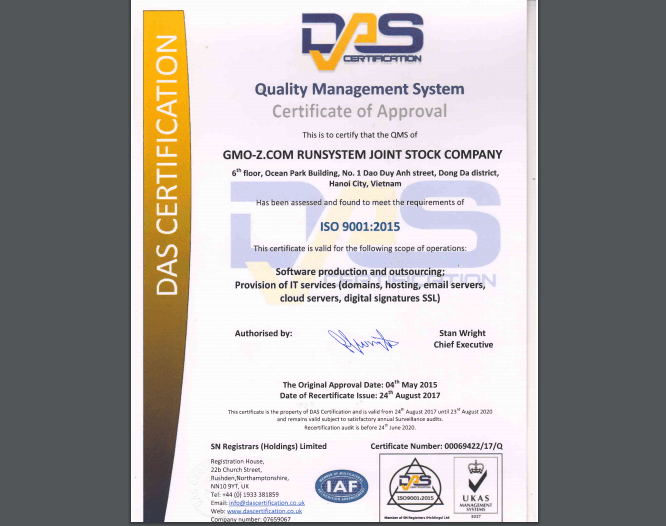 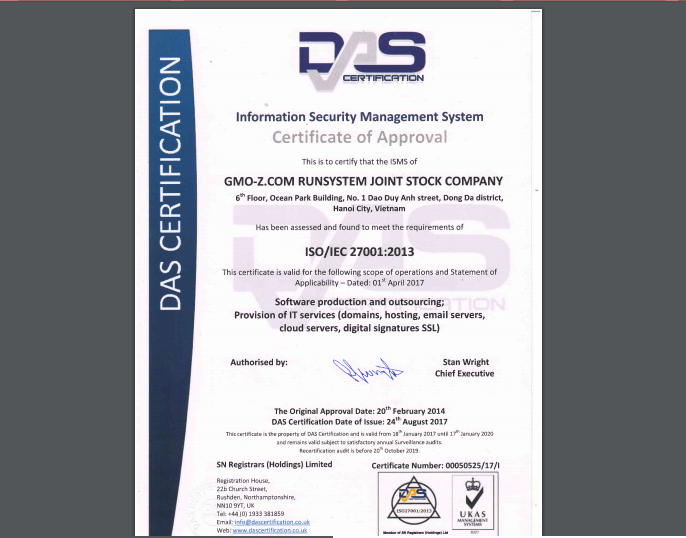 At the same time, this is the foundation, the basis for GMO-Z.com RUNSYSTEM affirmed and committed to provide customers with quality products and services, ensuring information security and safety.